The storied legacy of Deep Ellum lives on inside the historic walls of the Pittman Hotel, where Elm & Good offers quality farmhouse fare, adventurous cocktails in a charming, lively atmosphere. See you soon. 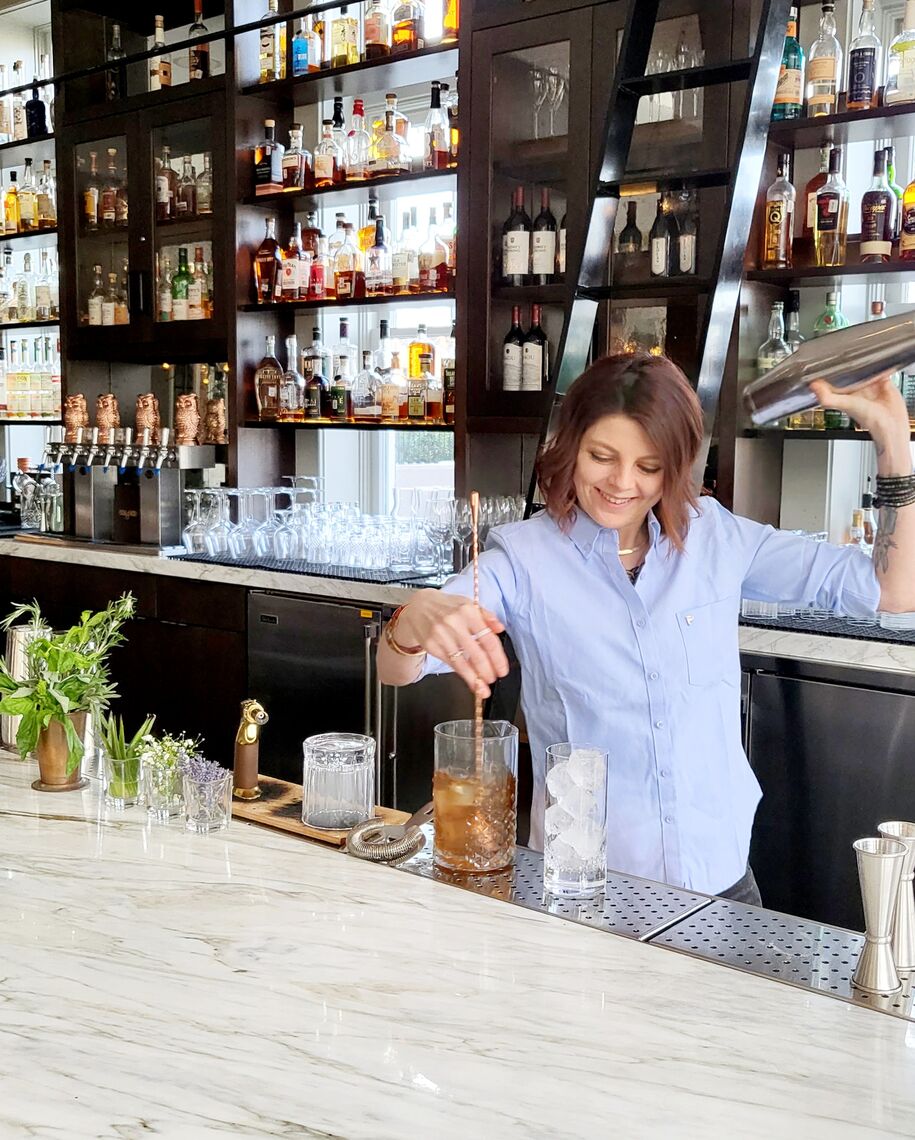 India “Indy” Acevedo-Fowler grew up in the restaurant industry. Her mother, a restaurant owner and operator, moved the family to Dallas TX in 2001 after falling in love with the city’s vibrancy and opportunity. Following a love of science, Acevedo-Fowler attended Baylor University to pursue forensics, but later decided her heart was in the hospitality industry. She began her beverage career began as soon as she turned 18, and she became the bar manager at J Blacks Feel Good Kitchen in Dallas in 2013.

Over the next seven years, she oversaw daily operations and inventory at several notable Dallas restaurants and bars before joining the opening Elm & Good team in 2020. Here, she learned the ins and outs of cocktail creation, and grew a love for ideating unique libations that spark curiosity and conversation. In 2022, she was promoted to lead bartender of Elm & Good where she is in charge of cocktail curation and the bar team. An avid music lover and conversationalist, when she’s not behind the bar, Acevedo-Fowler can be found sipping piping hot black tea at home with her husband, Jordan, and two rescue cats, Rupert and Wesley.